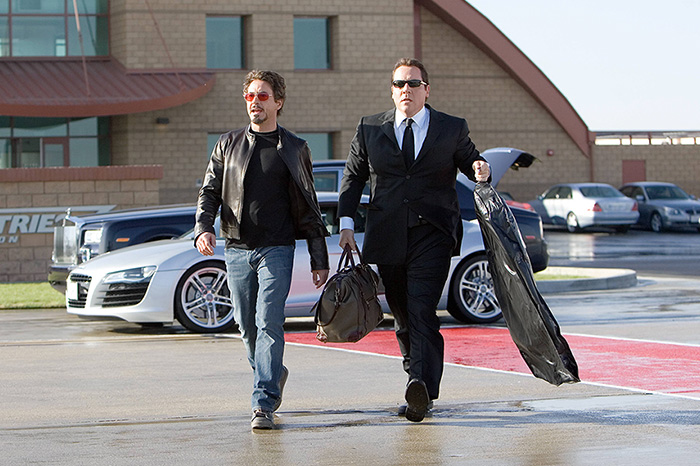 Favreau been added to the cast of Sony-Marvel’s “Spider-Man: Homecoming” and will once again play Happy Hogan, a.k.a. Tony Stark’s (Downey Jr.) personal driver and head of security, according to Variety. The two had previously co-starred together in all three “Iron Man” films.

The last we saw of Hogan in the Marvel Cinematic Universe was in “Iron Man 3,” where the character was wounded in action. Favreau did not appear alongside Downey Jr. in “Avengers: Age of Ultron” or “Captain America: Civil War.”

Plot details of “Homecoming,” which stars Tom Holland as Spider-Man, have been kept closely under wraps. Holland made his debut in “Civil War” and shared several scenes with Downey Jr., who mentored the up-and-coming webslinger. It’s assumed Stark (and Favreau’s Hogan) will assist Spidey in this new film, too. “Homecoming” also stars Marisa Tomei as Parker’s mother, Disney Channel starlet Zendaya as love interest Mary Jane Watson, and Michael Keaton as Vulture, the film’s villain.

Favreau’s most recent successes have been behind the camera. In addition to directing Marvel-Disney’s first two “Iron Man” films and essentially launching the MCU, Favreau recently directed Disney’s “Jungle Book,” which pulled in over $900 million worldwide.

“Spider-Man: Homecoming” is currently in production and slated for a July 2017 release date.