Video: Australia’s Mouse-Eating-Spider Is All the Rage 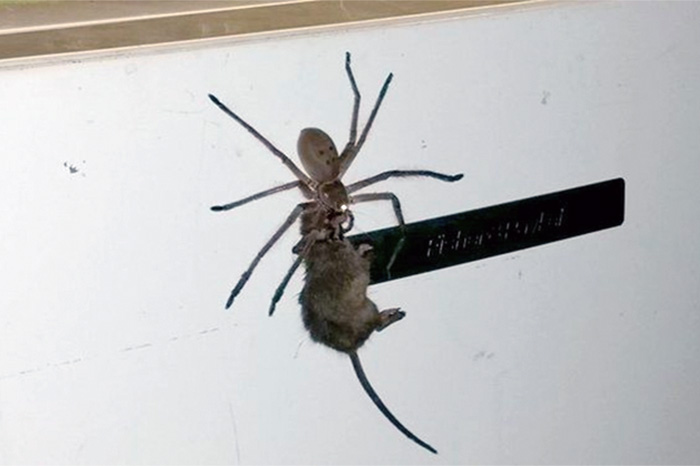 It should come as no surprise that the internet, which in 2015 fell in love with a pizza-eating-rat, has recently become obsessed with a video of a banded hunstmen spider dragging a mouse up the side of an Australian refrigerator.

Jason Womal stumbled across the animal kingdom oddity over the weekend and published the video on Facebook. As of Tuesday afternoon, his video already has over 18 million views.

“What’s he gonna do with him?” asks a man not seen in the video. “Man, that is so cool”

Experts interviewed by the Guardian believe the spider likely stumbled across the dead mouse, as opposed to killing it. However, no one should deduct points for that, as Pizza Rat did not bake his own pizza, either.

Watch the video for yourself (below):