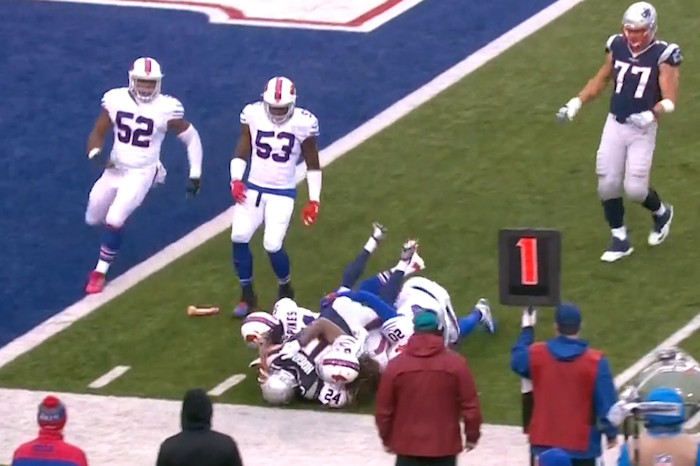 A fan in Buffalo brought more than team spirit to Sunday’s Bills-Patriots match.

It’s common for general debris to end up on a football field during a typical cold, windy fall afternoon in Buffalo. However, Sunday’s game saw a rather unusual item penetrate the field.

Just a friendly reminder of our Fan Code of Conduct rules: https://t.co/Ga2heVJm5N

Footage has surfaced of officials removing the “foreign object” from the field of play.