Security cameras capture a bold passer-by in Manhattan lifting $1.6 million from the back of an armored truck 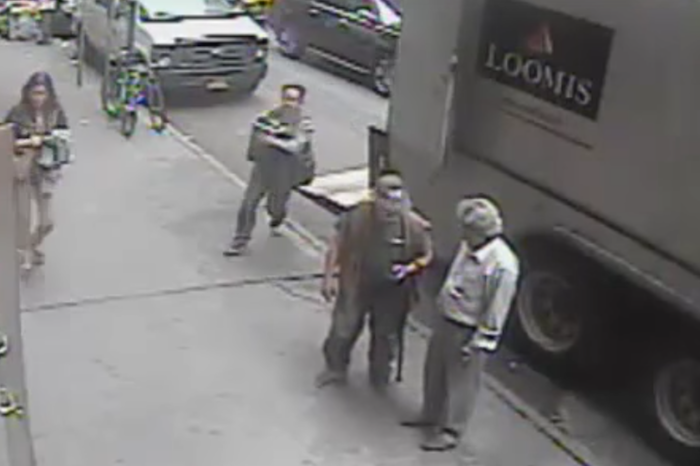 As reported by Gothamist, an armored truck was making a delivery on 48th Street in Manhattan on Sept. 29, when the driver stepped away for 20 seconds. At that moment, an individual sized up the truck’s open back, casually lifted up the heavier-than-expected five gallon bucket, and continued on his way. The unidentified culprit probably could not have known it at the time, but that pail contained 86 pounds of gold flakes, worth about $1.6 million.

The entire saga was captured by city security cameras. Take a look:

According to the New York Police Department, the suspect is still at large, with investigators theorizing that he is on the lam in Florida. If you happen to spot this guy, you can send authorities a tip here. Most likely, he’ll be the one in the solid gold houseboat.