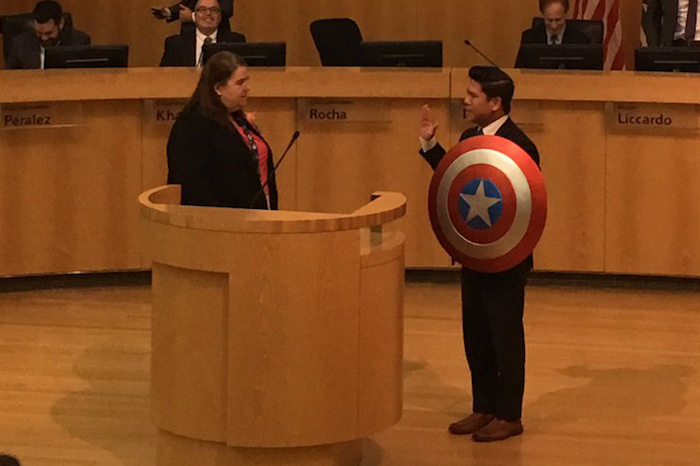 Now we know how Ralph Cirella might take an oath of office.

A California politician brought an extra element of patriotic heroism to his swearing-in ceremony on Tuesday. Lan Diep, 32, took the oath of office for San Jose City Council while brandishing Captain America’s shield.

“I believe government can be fun and I’m not above creating a bit of spectacle if it helps people pay more attention to local government,” Diep said on Wednesday. “I’m willing to entertain them if they sit through all the policy discussions.”

“Really, I just had this awesome shield and I wanted a chance to show it off,” he concluded.

Check out a photo of Diep’s swearing-in (below).

The Stern Show’s own Ralph Cirella, of course, is also an avid collector of superhero memorabilia, including a replica Iron Man helmet. “I wear it around the house,” he joked to Howard in 2010.