U.S. District Judge R. Brooke Jackson issued an injunction against a law he said is rooted in gender discrimination 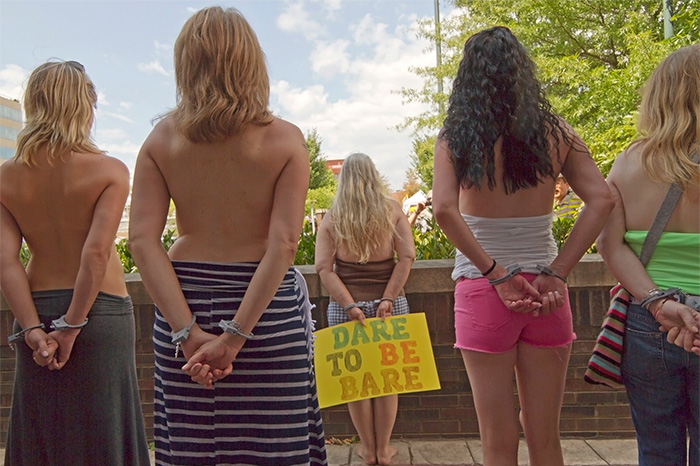 A federal judge helped free the nipple on Wednesday by issuing an injunction against a college town in Colorado attempting to turn topless women into outlaws.

U.S. District Judge R. Brooke Jackson sided with two women suing the city of Fort Collins over it’s controversial statute prohibiting women from publicly exposing their breasts “below the top of the nipple.” He granted a preliminary injunction against the enforcement of the law, which carries a possible fine of $250.

In his ruling, the judge said the law was rooted in gender discrimination. “It perpetuates a stereotype engrained in our society that female breasts are primarily objects of sexual desire whereas male breasts are not,” the judge wrote, according to USA Today.

“The naked female breast is seen as disorderly or dangerous because society, from Renaissance paintings to Victoria’s Secret commercials, has conflated female breasts with genitalia and stereotyped them as such,” he added, according to NBC News.

Lawyers for the city of Fort Collins—home to Colorado State University and the beer Fat Tire—had tried arguing that their law protected innocent children and maintained public order (by preventing distracted driving, for example), but Jackson was unconvinced. In addition to issuing an injunction, the judge revealed he’d likely also find the law to be unconstitutional when the case goes to trial.

Get more on the story here.