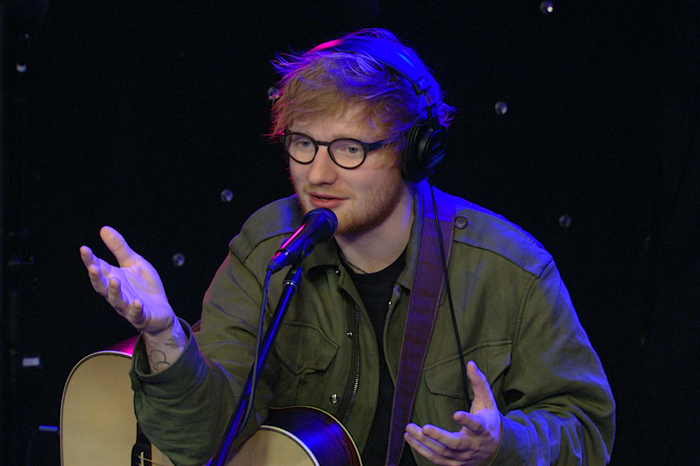 It’s a good time to be Ed Sheeran.

The 26-year-old singer-songwriter and recent Stern Show guest has just surpassed 1 billion views for the songs and accompanying videos for his new album, “Divide.”

After being released last Friday, “Divide”s 14 songs were uploaded to his YouTube page. By Sunday the “Divide” videos had collectively surpassed the 1 billion mark in views. Of course, this is partially thanks to Sheeran’s “Shapes of You” lyric and official video, which have been viewed over 693 million times since they were uploaded earlier in the year.

Sheeran has always been closely associated with the video service and the relationship is still flourishing. According to YouTube, Sheeran has gained over 3 million followers on his channel over the last two months, the most for any channel this year.

“Ed Sheeran is one of the biggest stars in the world and his new album is his best yet,” YouTube’s global head of music Lyor Cohen said in a statement. “For years, he’s paired his songs with consistently creative music videos, so it’s great to see fans rushing to YouTube to watch them and show support for his new album.”

Check out Sheeran’s most recent appearance on the Stern Show here.