Ed Sheeran was back on the Stern Show Tuesday morning to perform his new hit “Castle on the Hill” as well as a few cover songs. Before singing his mini-concert for Howard and Robin, Ed talked a bit about writing music for other artists like Justin Bieber, why he wants to just be friends with Taylor Swift, how he ended up living in Jamie Foxx’s house, and the time Stevie Wonder correctly predicted he’d win a Grammy.

Check out the highlights from Ed Sheeran’s interview (below).

A Song for Bieber 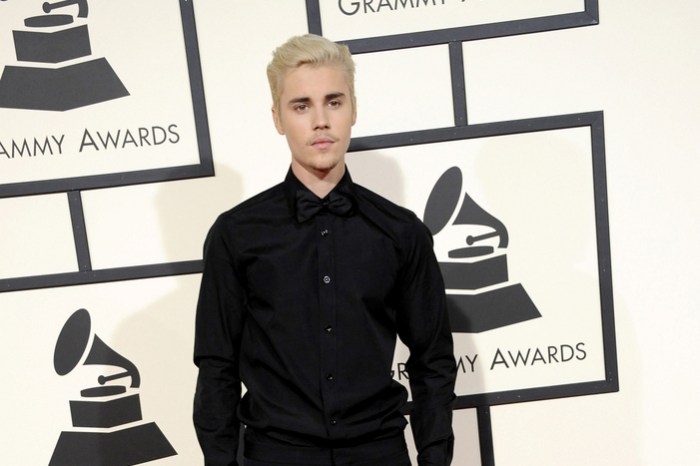 He currently has the No. 1 song in America but Ed Sheeran doesn’t only write hits for himself. He’s also penned successful songs for other artists, including Justin Bieber who burned up the charts with “Love Yourself,” a song that Ed wrote. After doing a quick cover of the tune on air, Howard questioned why Ed rarely performs that song live in concert.

“It’s his song, it’s not my song,” Ed answered. “I’ve written a bunch of songs that I don’t sing. I like writing songs and I like singing songs that I’m really close to personally.” And since he didn’t feel that connection with “Love Yourself,” Ed was happy to gift it to Bieber, though that wasn’t the first pop star he envisioned singing it.

“I was like, if anyone is going to finish this song, it should be her,” Ed said of Rihanna. But after seeing Justiin grow as a performer, he started to consider him for the song. They eventually met up and worked on the track together before it was released on Bieber’s album “Purpose.”

Justin and Ed have since formed a friendship and their hangouts together can get pretty crazy. Ed told Howard about the time he put a golf ball in Justin’s mouth and teed off, missing the ball and instead smacking Justin straight in the jaw.

“I was loaded,” Ed said with a laugh. “He’s completely sober now. He just drinks water and eats salmon.” But even though Justin no longer drinks, Ed said the two of them always manage to find something amusing to do together. 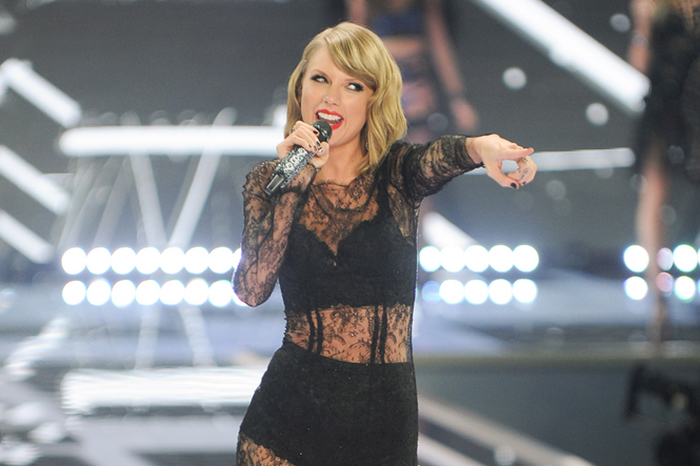 After many years of collaborating, performing, and touring with Taylor Swift, Ed told Howard he’s formed a solid bond with the “Shake It Off” singer. So much so that, for a time, he considered her his “wingman.”

“She’s like the world’s best wingman,” he told Howard. According to Ed, Taylor has helped him pick up girls in the past, including a few of her friends. Ed is now dating his high school sweetheart Cherry and said Taylor had something to do with getting them back together, too, after suggesting Ed invite Cherry to a Fourth of July party at her Rhode Island home.

“I’d like to say that I helped wingman too, but, probably not as well,” Ed said of helping find Taylor Swift a guy.

Stevie Wonder Can See the Future

If at first you don’t win a Grammy, try try again. Such was true of Ed Sheeran’s luck at the annual award show. He told Howard how he had to experience several losses before finally picking up his first golden gramophone.

“I’d been nominated for 13 Grammys over four years and lost all 13 and flown my parents out every single year and every year they’re like, ‘This year’s the year,'” Ed said. In 2016, however, Ed took home the Song of the Year Grammy for “Thinking Out Loud” and was presented his award by Stevie Wonder. Ed and Stevie had previously played together at a show on Wonder’s Songs in the Key of Life Tour. Ed told Howard that’s when Steve predicted he’d win his first Grammy.

“He said to me, ‘You’re going to win Song of the Year at the Grammys next year,'” Ed told Howard. Not long after that, it was Wonder handing him the very Grammy he foresaw him winning. “I think he can see the future.” 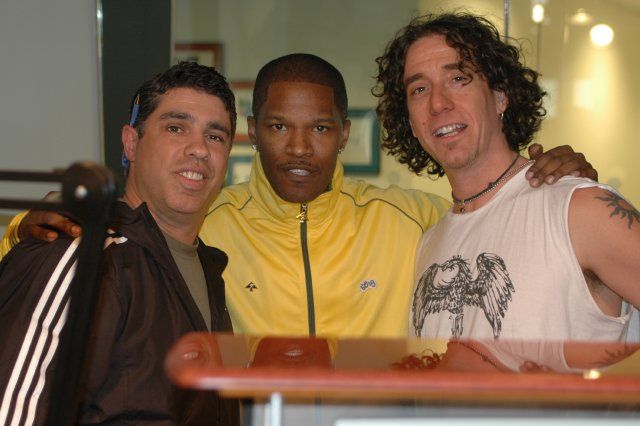 Ed told Howard how he’s always had to rely on the kindness of strangers while trying to make it as a musician. That included a stint staying with actor Jamie Foxx at his house in California after Ed moved to Los Angeles with only a dream of hitting it big. The living arrangement happened by chance after Jamie’s manager saw Ed sing live at an L.A. club. That led to Ed getting an offer to perform on Jamie’s SiriusXM channel, The Foxxhole. After Jamie heard Ed’s music he invited him to crash at his place and record at his home studio.

“He’s such a kind, gracious person,” Ed said of Foxx’s hospitality. But in addition to putting a roof over his head, Ed told Howard how Jamie’s generosity gave him a newfound sense of faith in his ability as a musician.

“Within a month of going there with like zero confidence, being able to fly to L.A. with nothing and end up at one of the biggest movie stars in the world’s house recording, in my mind I was like, ‘Well I must have something,'” Ed said. 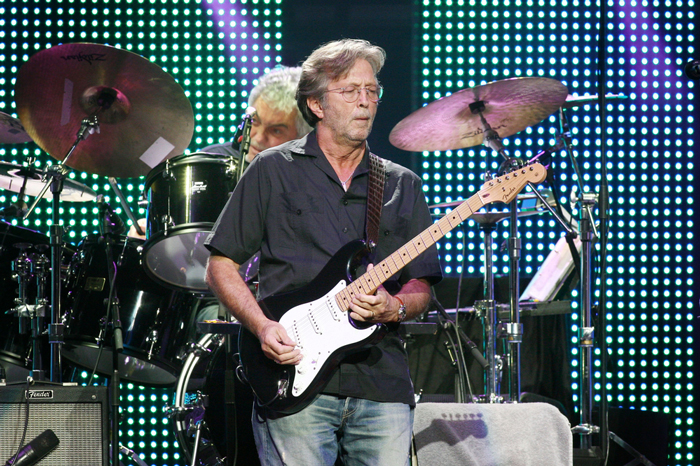 In terms of who has influenced him most as a musician, Ed points to rock legend Eric Clapton as the person who inspired him to start writing songs and performing.

After purchasing one of Clapton’s replica guitars online, Ed explained how he actually formed a friendship with Slowhand. “I bought one of his fake guitars off eBay and I played it on a TV show and I woke up the next morning with an email from him being like, nice guitar,” Ed said. The two continued to keep in touch and eventually had dinner together. They then had the idea of recording a cover of a Paul Brady song together — a birthday gift from both of them for the Irish singer-songwriter.

“So then we got in the studio and got to play together,” Ed said. “We’ve actually formed quite a cool friendship over the years.”

“He needs to be friends with me, never mind you, Ed!” joked Howard, a huge Clapton fan himself.

What Is a Hit Song Anyway?

Ed has returned to the top of the Hot 100 chart with “Shape of You,” but he admitted to Howard on Tuesday he didn’t even think that song would be a hit after he recorded it.

“I don’t really know what a hit is and what isn’t,” Ed said. How he determines whether a song will be successful or not usually depends on how much he connects with it. But even when Ed isn’t particularly wild about something he writes, his fans sometimes feel differently. Achieving the level of success he has hasn’t been easy, but Ed told Howard his fame and fortune is not what motivates him as a musician.

“I’ve never ever made music for money,” Ed said. “So, now that money and success comes in, it makes your life better. It’s more comfortable, but it’s not what drives you.”

What does drive him is sticking to the very specific goal he set out for himself. Check out the game plan Ed shared with Howard in the audio (below).