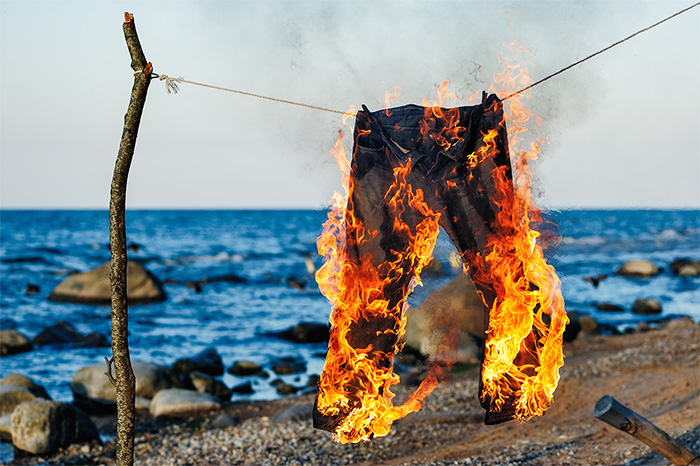 Lawyers have long been accused of “pants on fire” lying, but the flames have been a figure of speech…until now.

Florida attorney Stephen Gutierrez’s pants literally caught on fire this week in a Miami-Dade courtroom during his closing argument in defense of a man accused of arson, according to reports.

Gutierrez, 28, told NBC News it was because he had electric cigarette batteries in his pocket at the time and one had caught fire. He said the spontaneous combustion—occurring just as he argued that his client’s car had, too, spontaneously combusted—was not a publicity stunt: “This was not staged,” he told NBC. “No one thinks that a battery left in their pocket is somehow going to ‘explode. After careful research, I now know this can happen. I am not the only one this has happened to, but I am in a position to shed light on the situation.”

“The dangers of these devices, and accessories, have led me to quit using e-cigarette products,” he added.

Thankfully, no one seems to have been hurt during the ordeal, which eye-witnesses reportedly described as “surreal.”