British duo's second LP “How Did We Get So Dark?” hits shelves June 16 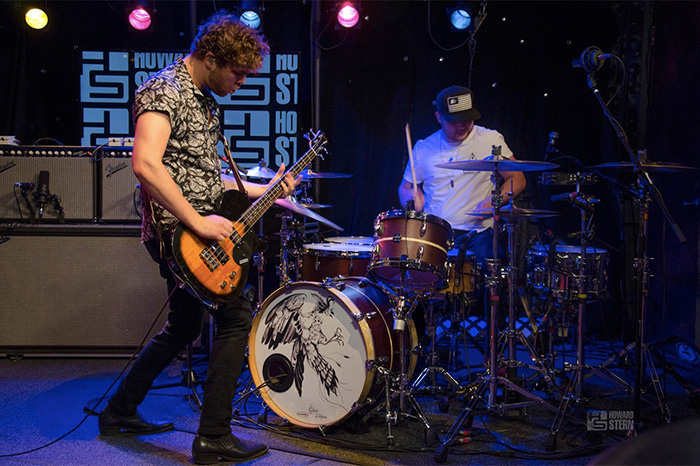 Royal Blood is coming back for seconds.

The boys from Britain dropped a major Twitter bomb, revealing the name of their upcoming sophomore album—”How Did We Get So Dark?”—as well as a June 16 release date.

Royal Blood, who rocked the Stern Show in 2015, tweeted out the news along with a video showing what appears to be the upcoming album’s artwork painted as a massive mural. Check it out (below).

How Did We Get So Dark? LP2 June 16th pic.twitter.com/0AJ2Qul5Es

The Brighton, England-based rock duo is comprised of Mike Kerr and Ben Thatcher. Their self-titled debut album made waves in 2014. In addition to being well-received by fans and critics, several of its hit singles were eventually featured on shows like “Vinyl” and “Peaky Blinders.”

Royal Blood has been teasing its new album since December. In prior interviews, Mike and Ben have revealed their new effort will be “way sexier” than their debut while also “still bringing the rock n’ roll,” according to NME.

Royal Blood’s “How Did We Get So Dark?” his shelves June 16. Check out more from their Stern Show appearance and performances here.