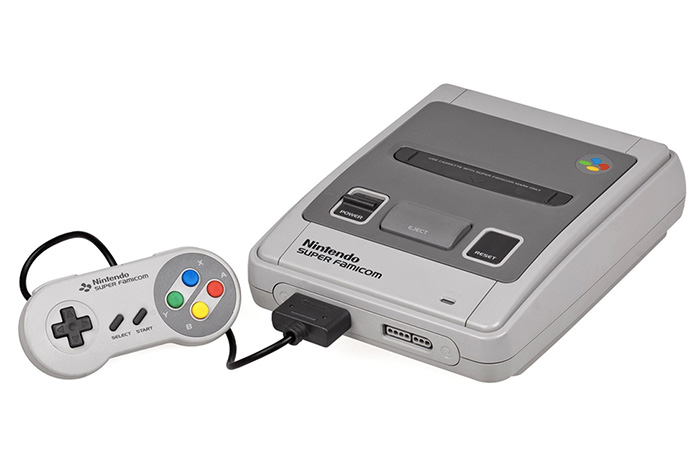 A report surfaced Wednesday that Nintendo revealed plans to release the SNES mini, a tiny version of one of its iconic 16-bit Super Nintendo Entertainment System (SNES) from the early 1990s. The upcoming throwback console is currently being developed and will be out in time for Christmas, according to Eurogamer.

Of course, this isn’t the first time Nintendo has looked to its past for inspiration. The video game titan recently released the Nintendo Classic Mini: Nintendo Entertainment System, a tiny version of its original 8-bit home console that came preloaded with 30 NES games. It was a hot commodity, but Nintendo pulled the plug and discontinued it earlier this week.

Its unclear which games the SNES mini might come preloaded with, but the console it emulates had an impressive list of titles, including “Super Mario World,” “Donkey Kong Country,” “Pilotwings,” “Super Metroid,” “Star Fox,” and “Super Mario Kart,” to name just a few.

Stern Show staffer and resident video game expert Shuli Egar was thrilled by the news. “SNES is coming back and I couldn’t be happier,” he told HowardStern.com.

If the pattern holds, does that mean Nintendo might release a miniature Nintendo 64 console in 2018? Shuli would likely clamor to own that one, too, considering that gaming system is the birthplace of “GoldenEye 007,” an old school, first-person shooter that he absolutely loves.

“You could have up to four people playing one game,” Shuli explained. “It led to arguments, horrific insults, and—a few times—fist fights, especially if you were successful in getting one of your suction cup bombs on one of your opponents’ back or head.”

“You can look that friend right in the eyes as you detonate the bomb and blow them up to pieces,” he continued. “So, I will definitely be picking that up because I’m a man. I like to look my opponents in the eyes while I avoid my responsibilities as a 42-year-old husband and father of two.”