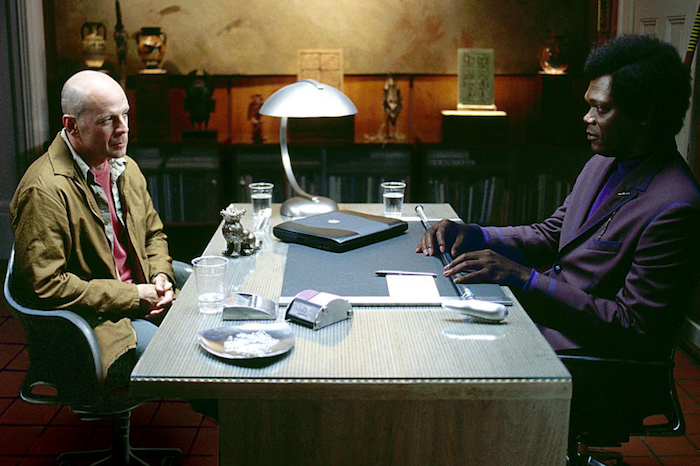 “Split” was a surprise box-office smash this January, grossing nearly $275 million worldwide on a $9 million budget. On Wednesday, director and longtime friend of the show M. Night Shyamalan took to Twitter and announced he’d finished the script for its sequel: “Glass.”

The film, part three of a trilogy including “Split” and his 2000 film “Unbreakable,” will bring back the franchise’s previous stars James McAvoy, Bruce Willis, and Stern Show guest Samuel L. Jackson, according to Shyamalan.

My new film is the sequel to #Unbreakable AND #Split. It was always my dream to have both films collide in this third film.

And the film is called GLASS…

Named after Jackson’s villainous “Unbreakable” character Mr. Glass, “Glass” picks up where the end of “Split” left off, with Willis’s heroic David Dunn pursuing McAvoy’s villain with multiple personalities through “a series of escalating encounters,” according to Variety.