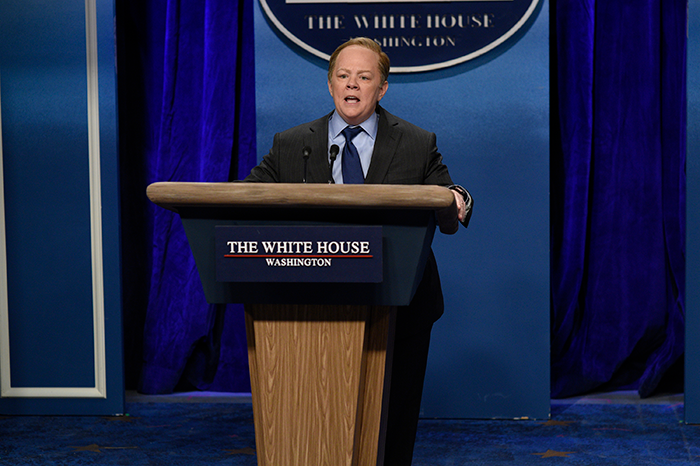 On Friday morning, photos and video began to surface of frequent Stern Show guest and this week’s “Saturday Night Live” host Melissa McCarthy in midtown Manhattan, dressed as Sean Spicer, riding a mobile podium through traffic. She looked to be filming a piece for this weekend’s show (below).

The footage followed a teaser released by “SNL” earlier this week in which McCarthy transforms into Spicer while lip-synching “I Feel Pretty” from “West Side Story.”

Additionally, McCarthy posted a motion photo to Instagram on Thursday (below), further teasing her return as the White House press secretary. Needless to say, it looks like Spicey’s going to be making another memorable appearance at Studio 8H.

Tune in for Melissa’s fifth hosting stint on “Saturday Night Live” on Saturday, May 13 and check out Melissa’s April 2016 sit down with Howard here.