“We can’t imagine anyone else hosting,” says Channing Dungey, president of ABC Entertainment 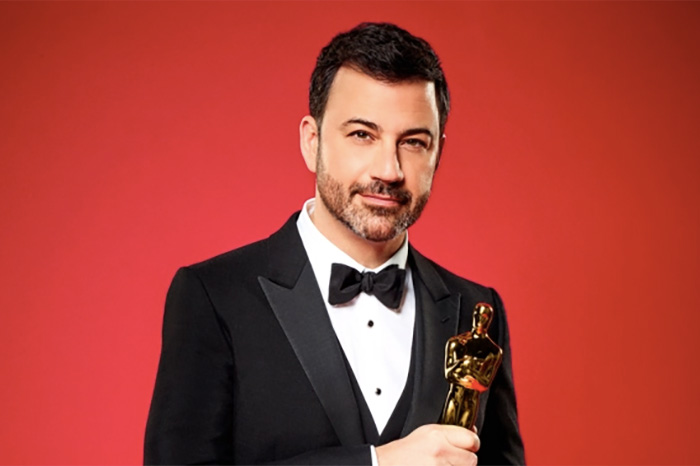 Jimmy Kimmel is hosting the Oscars for the second straight year.

The Stern Show favorite, late-night TV star, and author of a recent article celebrating Howard will emcee the 90th Academy Awards next March, according to a joint statement released Tuesday by ABC and the Academy. Jimmy will once again team up with producers Michael De Luca and Jennifer Todd.

The news comes less than three months after he hosted the 89th Oscars, which received favorable reviews despite a behind-the-scenes mix-up which resulted in “La La Land” being announced as Best Picture winner before the actual victor was revealed to be “Moonlight.”

“Hosting the Oscars was a highlight of my career and I am grateful to Cheryl [Boone Isaacs], Dawn [Hudson] and the Academy for asking me to return to work with two of my favorite people, Mike De Luca and Jennifer Todd,” Kimmel said in the statement. “If you think we screwed up the ending this year, wait until you see what we have planned for the 90th anniversary show!”

Jimmy made another joke about this year’s fiasco when confirming his return on Twitter:

“After just one year, we can’t imagine anyone else hosting The Oscars. Jimmy’s skillful command of the stage is invaluable on a night when anything can happen—and does,” said Channing Dungey, president of ABC Entertainment, in the statement. “With Mike and Jennifer at the helm, we’re ready for another unforgettable show that will dazzle, delight and, most importantly, honor 90 years of Hollywood’s most prestigious award.”

The 2018 Oscars will be held on March 4 at the Dolby Theatre in Hollywood, Calif., and televised live on ABC.