Aaron Sorkin's acclaimed Broadway drama to air on TV in 2018 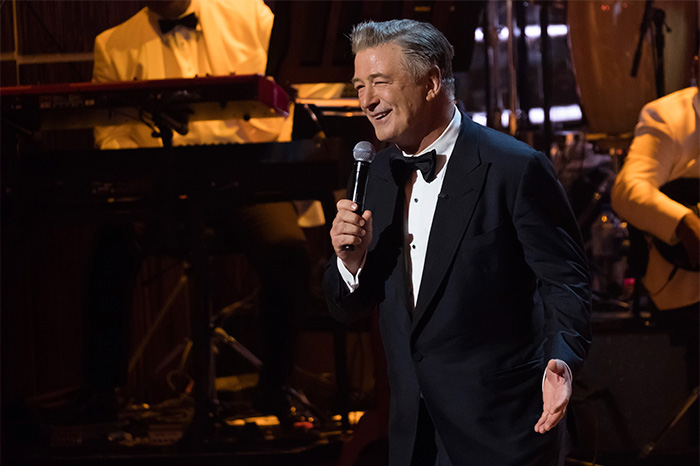 Did somebody order a Code Red?

Alec Baldwin has enlisted in NBC and Aaron Sorkin’s 2018 adaptation of “A Few Good Men,” according to a story published Monday by the Hollywood Reporter.

This new adaptation from Sorkin and veteran live-event producers Neil Meron and Craig Zadan will reportedly be the first Broadway drama telecast in over 50 years.

It’s far from the first collaboration between the network and Baldwin, however. He starred as Jack Donaghy on “30 Rock” for seven seasons and has hosted “Saturday Night Live” a record 17 times, last week scoring a Best Supporting Actor in a Comedy Series Emmy nomination for his impression of President Donald Trump.

“No stranger to live television, Alec is the most multifaceted actor in the world and his range is incomparable. He will put his own inimitable stamp on the role of Col. Jessep in a play that is still as surprising and relevant as ever, from one of the most gifted writers working today,” NBC Chairman Bob Greenblatt said in a statement.

“Alec is one of our greatest actors,” Sorkin added. “Having him play this role — live onstage for a television audience — is a dream come true. This will be a brand-new take on Nathan Jessep, and I expect that Alec is going to bust through TV screens and right into living rooms.”

When he sat down with Howard in April, Alec told Stern Show listeners all about his acting career, from the inspiration behind his Trump impression to how “SNL” creator Lorne Michaels convinced him to star on “30 Rock.” Listen to the complete interview here.

Sorkin and Baldwin will both executive produce NBC’s upcoming adaptation of “A Few Good Men,” set to air in the second quarter of 2018. In the meanwhile, check out an iconic clip of Nicholson’s 1992 portrayal of the same character (below).