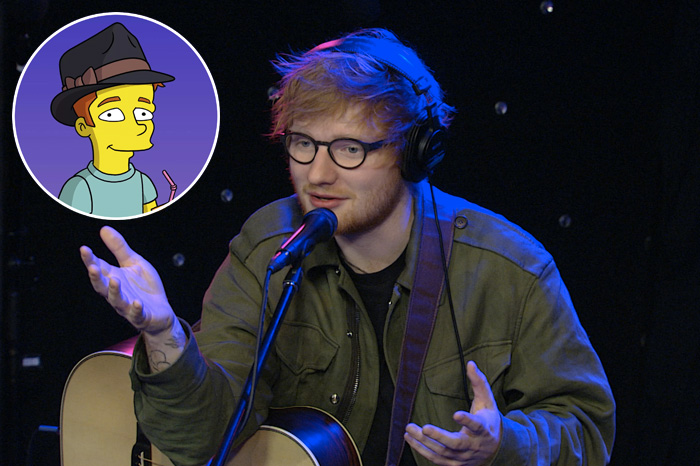 Just a day after watching his “Game of Thrones” debut, the world learned singer, songwriter, and repeat Stern Show guest Ed Sheeran has lined up another TV cameo on “The Simpsons.”

He’s lending his voice and likeness to Fox’s long-running animated series for a “La La Land” parodying Season 29 episode called “Haw-Haw Land,” according to reports, which involves his character Brendan competing for Lisa Simpson’s affections by flaunting his musical talents.

While Ed’s turn as a singing soldier on Sunday’s “Game of Thrones” premiere involved costumes and filming on-location, his “Simpsons” performance may have been considerably less taxing. “[W]e recorded him over the phone from England,” executive producer Al Jean told Entertainment Weekly, which along with the interview published an image of Ed’s cartoon character:

After his #GameOfThrones appearance, Ed Sheeran will voice a musician on #TheSimpsons: https://t.co/mYSOPD7VtH

When Ed last visited the Stern Show in March, he opened up to Howard about his life and career before delivering an acoustic rendition of his recent hit single “Castle on the Hill.” Listen to the full interview here and check out his performance (below).

“The Simpsons” returns Sunday, Oct. 1 with Ed’s episode scheduled to air later in the fall.