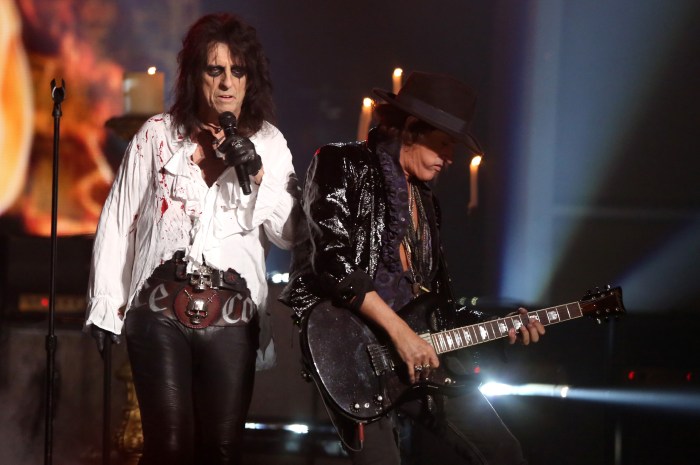 Alice Cooper is having a big week.

Not only does his new album “Paranormal” hit shelves Friday, but now reports are surfacing that after 40 years he’s rediscovered an Andy Warhol silkscreen print, possibly worth millions of dollars.

The artwork—Little Electric Chair—is part of a Warhol series based upon a photograph taken inside the death chamber at New York’s Sing Sing prison. The rock icon and past Stern Show guest “found it rolled up in a tube,” Cooper’s longtime manager Shep Gordon told the Guardian. He said it had been sitting there for decades next to a few of Cooper’s electric chair-themed stage props.

But how did Alice acquire the piece? Cooper and Warhol apparently hung out a lot in the ’70s. “It was back in ’72 and Alice had moved to New York with his model girlfriend Cindy Lang,” Gordon said. “Andy was kind of a groupie, and so was Alice. They loved famous people. So they started a relationship, and they loved to hang out.” According it Gordon, it was Cindy who purchased the print from Warhol in 1972 to the tune of $2,500.

The report doesn’t indicate precisely how much Cooper’s painting may be worth now, but as a comparison a Warhol piece from the same collection sold at auction in 2015 for $11.6 million.