Steve Martin, Jimmy Kimmel, Bill Murray, and others come together to honor the TV host 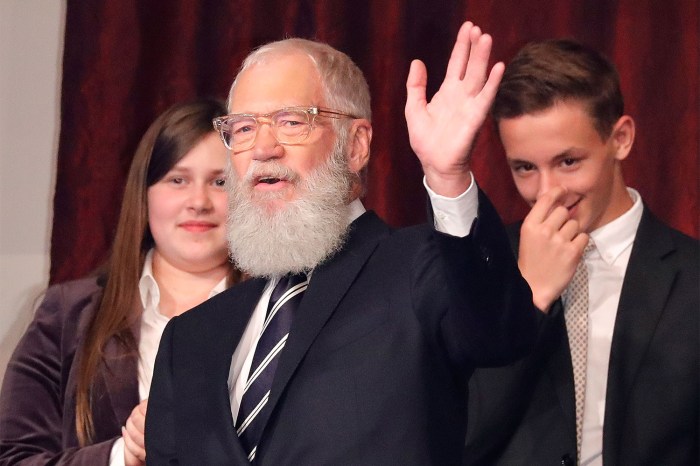 David Letterman was honored by a cacophony of celebrities on Sunday night at Washington, D.C.’s Kennedy Center where the late-night legend received the Mark Twain Prize for American Humor.

While the evening included many highlights and one-liners, several media outlets say it was Murray—last year’s Mark Twain prize recipient—who stole the show after taking the stage dressed like an Elizabethan king.

“What a reign it has been,” Murray told Dave. “When you are anointed, you rise above all your fellow men and women—hello down there. You’re going to love it, Dave. So much comes with it. It’s so fantastic.”

When Dave stopped by the Stern Show just two months ago, he discussed many aspects of his iconic career, including his stand-up days, his relationship with Don Rickles, and his “Late Show” legacy. He also shared a hilarious story with Howard about accidentally smoking PCP. Check it out (below).

Watch highlights from Sunday’s ceremony as well as Letterman’s acceptance speech, which includes a thoughtful Twain quote about patriotism (below).