Other acts considered for next year’s honors include Nina Simone, J. Geils Band, and Rage Against the Machine 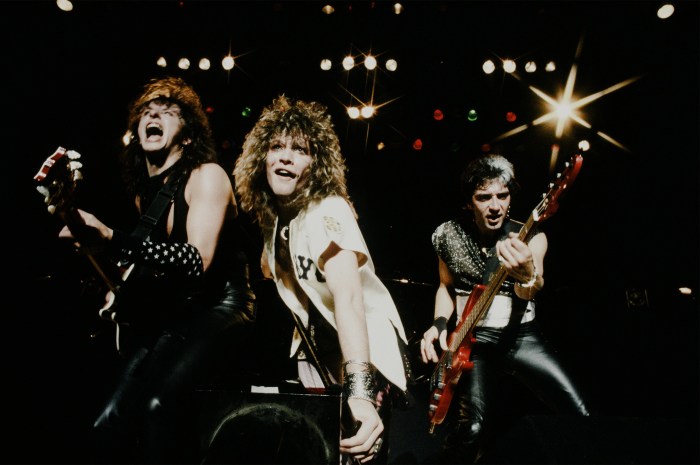 The Rock & Roll Hall of Fame has unveiled its list of 2018 nominees.

The 19 contenders span a variety of genres and eras, with 10 bands—including past Stern Show guests Bon Jovi, J. Geils Band, and LL Cool J—having been previously considered for induction and nine others—including Dire Straits, Rage Against the Machine, Radiohead, and Stern Show veterans Moody Blues—earning the distinction for the first time.

Radiohead along with Rage Against the Machine—whose members include Prophets of Rage musicians Tom Morello, Tim Commerford, and Brad Wilk—are getting the nomination in their first year of eligibility. The rules require an artist or a band to have released its first commercial recording 25 years prior to the year of induction—in this case, 1992.

The 2018 inductees will be chosen by a body of over 900 artists, music historians, and industry veterans. Online fan voting, available online now through Dec. 5, will also factor into the mix.

When Bon Jovi returned to the Stern Show in 2016, Howard asked frontman Jon Bon Jovi why his prolific and popular band hadn’t yet earned entry into the Rock and Roll Hall of Fame.

“We have every criteria,” Jon told Howard. “It is what it is.”

Bon Jovi isn’t the only band from this year’s nominees list that many feel has been snubbed in the past. During last year’s ceremony, newly-inducted Pearl Jam bassist Jeff Ament even wore a shirt honoring many of the overlooked, including Bon Jovi, Nina Simone, and Judas Priest.

The Rock & Roll Hall of Fame 2018 inductees will be announced in December. The ceremony will be held April 14, 2018, with SiriusXM and HBO broadcasting the event.