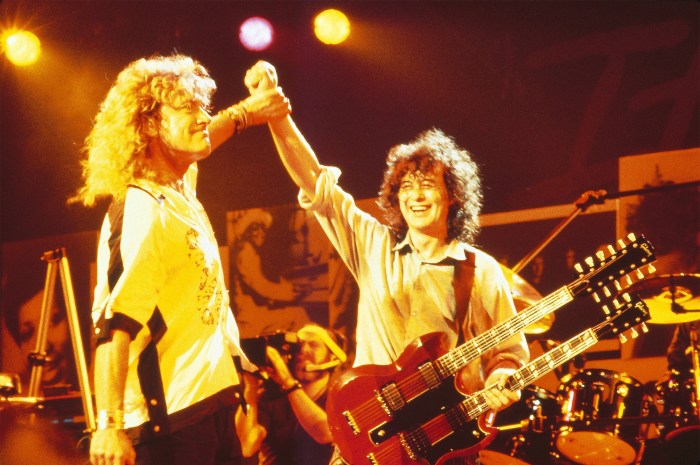 Led Zeppelin are pleased to announce that Jimmy Page, Robert Plant and John Paul Jones are collaborating with @reelartpress to publish the official illustrated book celebrating 50 years since the formation of the group. Coming 2018. For updates please visit reelartpress.com

Page, a legendary guitarist and producer, plans to also honor the upcoming milestone by releasing previously unheard music from Led Zeppelin’s archives. He shared the news recently during a conversation with the Academy of Achievement.

“There’ll be Led Zeppelin product coming out, for sure, that people haven’t heard, because I’m working on that,” Page said. “Next year will be the 50th year, so there’s all manner of surprises coming out.”

This isn’t the first Zeppelin-related release from Page in recent years. In 2014 and 2015 he remastered and reissued the entire Lez Zeppelin studio discography, while in 2016 he dropped “The Complete BBC Sessions,” an expanded version of the band’s seminal 1997 live album.

When Plant joined the Stern Show in October for a lengthy interview, the iconic singer told Howard all about how he and his bandmates wound up becoming rock and roll legends. He also spoke candidly about the loss of Led Zeppelin’s other founding member, drum phenom John Bonham.

Listen to a clip from Robert and Howard’s discussion (below) and click here for the full interview.