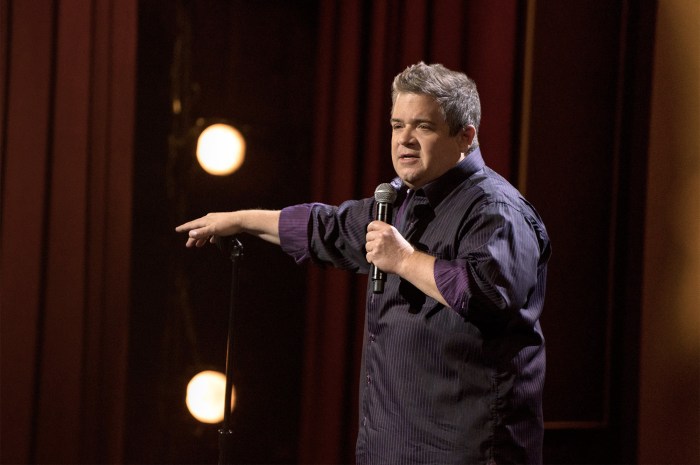 “Patton Oswalt: Annihilation,” filmed earlier this summer at Chicago’s Athenaeum Theatre, debuts Oct. 17 on the digital streamer. The comedian, actor, and past Stern Show guest’s hour-long event will reportedly blend humor with a variety of heavy subjects, including the unexpected death of his wife, Michelle McNamara.

McNamara, a successful crime-writer, passed away in her sleep in 2016. Oswalt’s set is said to cover how he coped with his family’s loss as well as several other topics, like social media and the current political landscape.

“Annihilation” is Oswalt’s second Netflix special, following last April’s “Talking for Clapping,” which netted him wins at both the 2016 Emmys and (for the album version) the 2017 Grammys. Other upcoming projects for Oswalt include a voice role as a unicorn on Syfy’s dark comedy “Happy!” and a starring part on NBC’s forthcoming sitcom “A.P. Bio,” created by Seth Meyers and produced by Lorne Michaels.