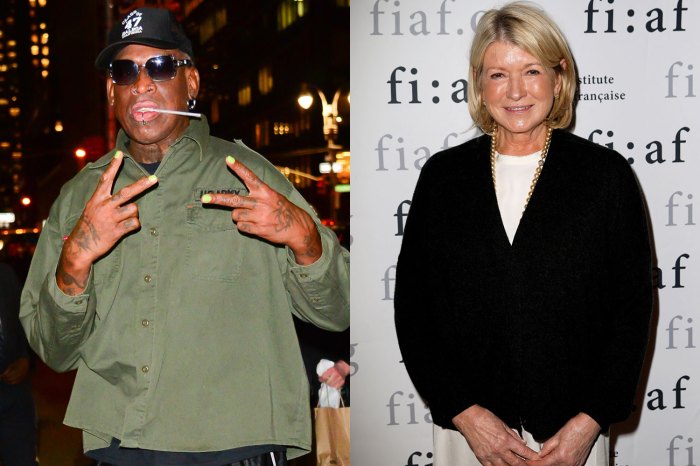 2018 Stern Show guest Dennis Rodman and homemaking entrepreneur Martha Stewart have been added to Comedy Central’s upcoming roast of Bruce Willis, according to a release issued Wednesday by the network.

Actor and past Stern Show guest Joseph Gordon-Levitt will host the star-studded event along with a dais of celebrities which includes not only the aforementioned NBA Hall of Famer and co-host of “Martha & Snoop’s Dinner Party” but also previously announced entertainers like Cybill Shepherd, Kevin Pollak, Nikki Glaser, Ed Norton, Lil Rel Howery, Dom Irrera, and the Roastmaster General himself Jeff Ross, who last month traded zingers with Bruce in a teaser for the event which spoofed “The Sixth Sense.”

While Comedy Central has described Martha as a “decorated Roaster and supreme domestic deity,” Dennis has less experience on the roasting stage. More recently, however, the basketball legend has made headlines with the role he’s playing on the world stage, having reportedly cultivated a relationship with dictator Kim Jong-un. When Dennis joined the Stern Show in June he told Howard all about his multiple visits to North Korea. Listen to a clip from the interview (below) and check out more from his sit down with the King of All Media here.

“The Comedy Central Roast of Bruce Willis” tapes on Saturday at the Hollywood Palladium in Los Angeles and premieres Sunday, July 29 at 10 p.m. ET on Comedy Central.