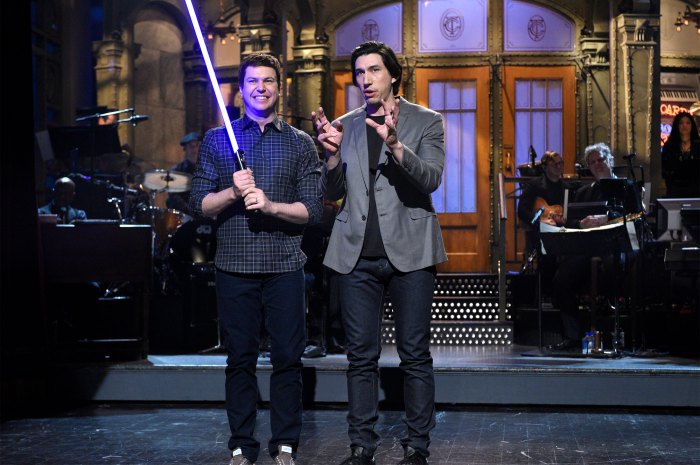 Adam will have now hosted NBC’s long-running sketch-comedy show twice since visiting the Stern Show in 2015. During that interview he told Howard about portraying Kylo Ren in a galaxy far, far away, screening “The Force Awakens” with his now-deceased co-star Carrie Fisher, and the military career he very nearly pursued. Kanye, meanwhile, returns to “SNL” for the seventh time since his 2005 debut on the late-night series.

The hosting news was released just a few hours ahead of NBC’s broadcast of the 2018 Emmys, hosted by “SNL” co-head writers and “Weekend Update” anchors Michael Che and Colin Jost. The show and its stars are nominated for 21 awards at Monday’s 70th Emmys, including Stern Show regular Alec Baldwin who’s up for Outstanding Supporting Actor in a Comedy Series.

What coin represents the afterlife to Sal?
You Give us your email Address we'll give you even more howard!

Gary Drops Down a Spot on the Bad 1st Pitches List

VIDEO: Ronnie Was a ‘Jeopardy!’ Clue

Kendrick Lamar Is a Man of Many Faces in New Video

Soak Up the Fun

Richard Has Pleasured Himself to a Fishing Catalog