“It was like that scene from ‘2001: A Space Odyssey,’” he tells co-host Robin Quivers

Like millions of other viewers, Howard turned on his TV Sunday night hoping to enjoy some “American Idol” before bed. Little did he realize, the show’s stars would soon make him the main attraction.

“I was lying in bed last night watching ‘American Idol.’ All of a sudden, Lionel Richie and Ryan Seacrest start talking to me,” Howard recounted on Monday morning’s Stern Show. “It was like that scene from ‘2001: A Space Odyssey,’”

“I was like half asleep and I go, ‘What the fuck is this?’” he continued. “Beth was half asleep, too, and she goes, ‘Is the TV talking to you?’”

Howard’s name came up on “Idol” as Seacrest and Richie discussed a few of their reality competition series’ most famous viewers. Upon mentioning the King of All Media, the “Stuck on You” singer told viewers he and Howard go way back.

The news came as a surprise to both Howard and co-host Robin Quivers alike. “You were in the Commodores?” she asked with a laugh. “This is hysterical.”

In the end, Howard was just grateful Seacrest and Richie weren’t watching him right back. “I thought they’d say, ‘Hey, we can see you playing with yourself, Howard. We can see you lying in bed,” he laughed. 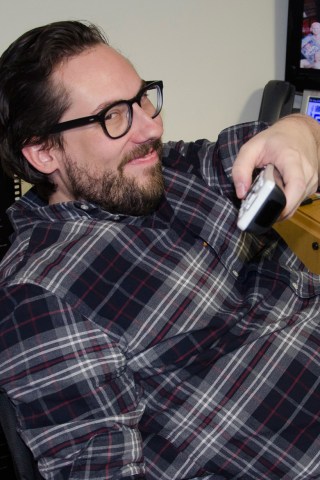 Here's Everything JD Harmeyer Watched in 2017

Stern Show Celebrates Jon Hein’s 1st Studio Visit
You Give us your email Address we'll give you even more howard!