Eminem, Dolly Parton, Rage Against the Machine, and Beck Among Rock and Roll Hall of Fame 2022 Nominees 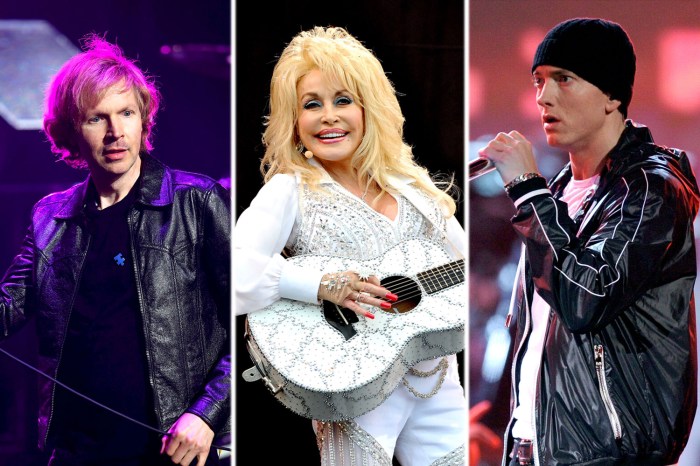 For Eminem, the distinction comes in his first year of eligibility. Per the Cleveland-based institution’s rules, an artist must have released their first commercial recording 25 years prior to consideration.

A diverse group of 17 acts were nominated in total, including repeat nominees Judas Priest, Devo, Pat Benatar, Dionne Warwick, Kate Bush, Eurythmics, the New York Dolls, MC5, and Rage Against the Machine. Inductees will be announced in May with a ceremony planned for later in the year.

When Rage Against the Machine’s legendary guitarist Tom Morello joined the Stern Show last February, he opened up about a variety of topics including not just the state of his iconic band but also his thoughts on the Rock and Roll Hall of Fame. Check out a clip from his conversation with Howard (below).