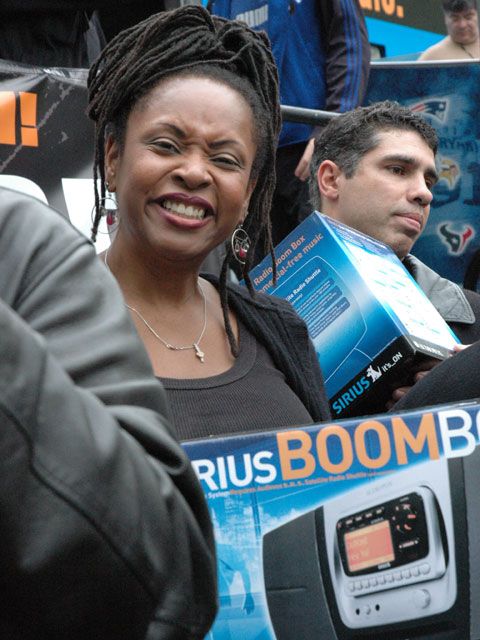 Yesterday, Robin and a bunch of the guys from the show went out to lunch. A lot of the crew went home early to prepare for today’s contest so there weren’t that many people at lunch. Gary said they went to a local steak house and that Artie picked up the tab at the end of the meal. He said that the food was great and the portions were huge. Gary said that Robin ordered a lobster tail but the waitress said they only had the 24 ounce size for $119. Gary said that Robin ate less than half of the tail so a bunch of the other guys finished it for her.

Artie was surprised because the whole bill came to $340 and he left an $80 tip. Howard said he would have left $150 because people think he should leave a huge tip. Gary said he once went out to dinner with Richard Simmons who left a $150 tip on a $150 bill – Howard said that was crazy. This led to lots of “rum ball” and “frozen banana” clips. Gary said that the restaurant, Del Frisco’s (which is in the same building as SIRIUS‘ offices), was so happy that Howard would soon be a neighbor that they sent over free dessert. Artie said he’ll gain about 100 pounds in the first six months after they move there.