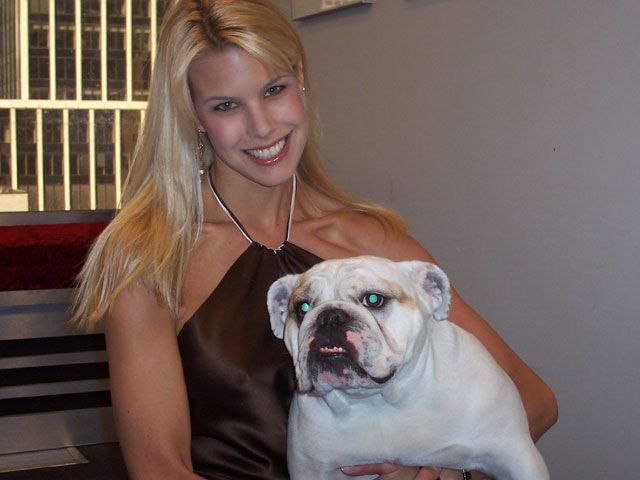 A woman caller wanted to know if he had ever thought of having a son to pass his genius on to.

Howard said that one of his friends got his “balls snipped” the other day and he is still out of work with his balls on ice – so that method of birth control was out of the question. Howard said he hates seeing old guys like Michael Douglas and Imus running around with their kids, as if they were the greatest dads in the world.

Howard said he has done enough parenting with his three daughters and did a great job at that. He said he doesn’t need another kid at this point in his life and that he has plans for his future which don’t include kids.

Then Howard showed everyone a picture of Beth and their dog, Bianca, on the cover of “New York Dog” magazine, which comes out this week, as an example of his current home life. He said that Beth has become the national spokesperson for the North Shore Animal League and he is very proud of her for it.