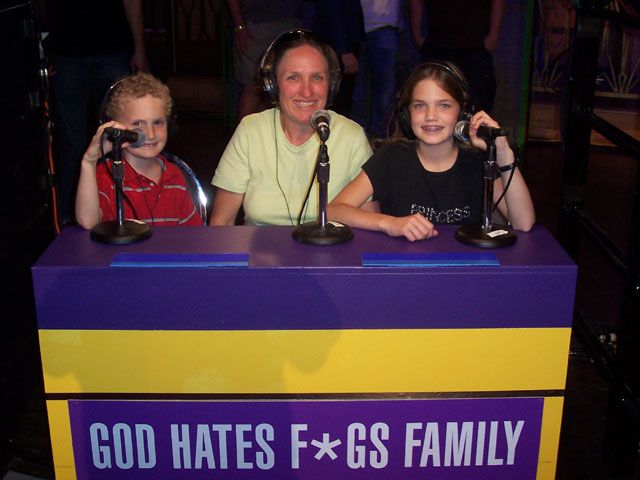 Shirley from God Hates F*gs .com, called in today to voice her thoughts on the recent death of the Pope. She said the Pope is burning in hell because he ran the largest pedophile machine in history (she actually pronounced it wrong, she said it with a long “e” sound like PETA). She went on to spout off various crazy theories about how pretty much everybody on Earth, now and from the start of time, is going to hell because nobody serves God, they only serve themselves. Howard asked what religion she is, “Meethodist” or “Epeescopalian”? She just said she is a servant of God. She added that, in her mind, each Catholic is either a pedophile or an enabler and the Catholic Church is a monster. Callers had a field day with this one, saying everything from “She’s a psycho” to “I gotta bang the stupid out of her.” She said she’s never kissed another guy, other than her husband, never had sex before marriage, never touched herself in an improper way, and called Howard a pervert. Howard tried to break her flimsy claims down about her past, but the most he could get out of her was that she didn’t want to talk about her past sins. Artie said to take it easy on the Pope because he had “meedical” problems.