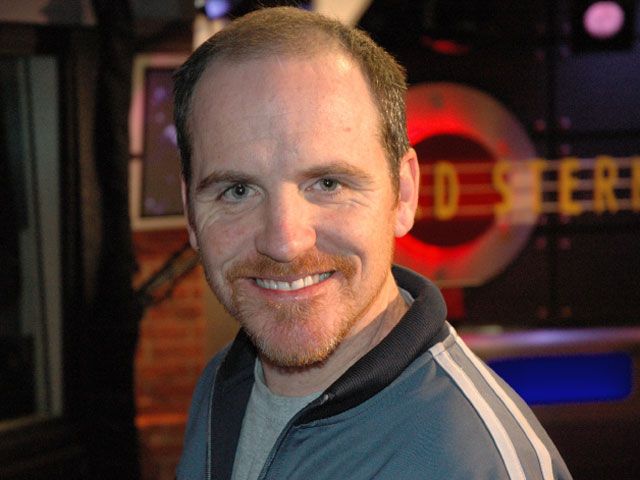 Comedian Greg Fitzsimmons sat in on the news today and he had some bizarre stories to tell.

Greg said he since that was the only nudity in the movie he started pleasuring himself to it but the movie cut to a shot of Jesus on the cross crying blood just as he was finishing. To make matters worse, his wife walked in right at that moment and saw what he was doing to the screen shot of Jesus. Greg said she just looked at him and said “Congratulations.”

In an even more bizarre story, Greg told everyone about how one time he and his wife went to a hotel to be alone for their anniversary. She had recently had a kid and it was hard for them to find time to have sex so that is why they went to a hotel. Greg said they had great hotel sex and he was looking forward to sleeping until one in the afternoon, but he was woken up by his wife who was crying because her breasts hurt so much and she forgot to bring her breast pump. Her breasts were engorged with milk and hurt so much that she wanted to go home in the middle of the night in order to relieve them.

Greg didn’t want to go home, though, so she suggested that if he wanted to stay he’d have to help her himself. So Greg did just that, suckling out five ounces of milk from her breasts. He said that he was sucking real hard at first but his wife instructed him on how to do it better. Then out of nowhere he felt a hot squirt hit the back of his throat. He said it was sweet and thick and he actually didn’t mind it. But things got even weirder when he and his wife both realized how turned on they were by the whole thing. Greg said that they ended up having wild, primal sex while he was still suckling her! He said it was the best sex ever.

Howard asked if he called her “mommy” while doing that. Greg said he did, and then he “poopied” in the bed.