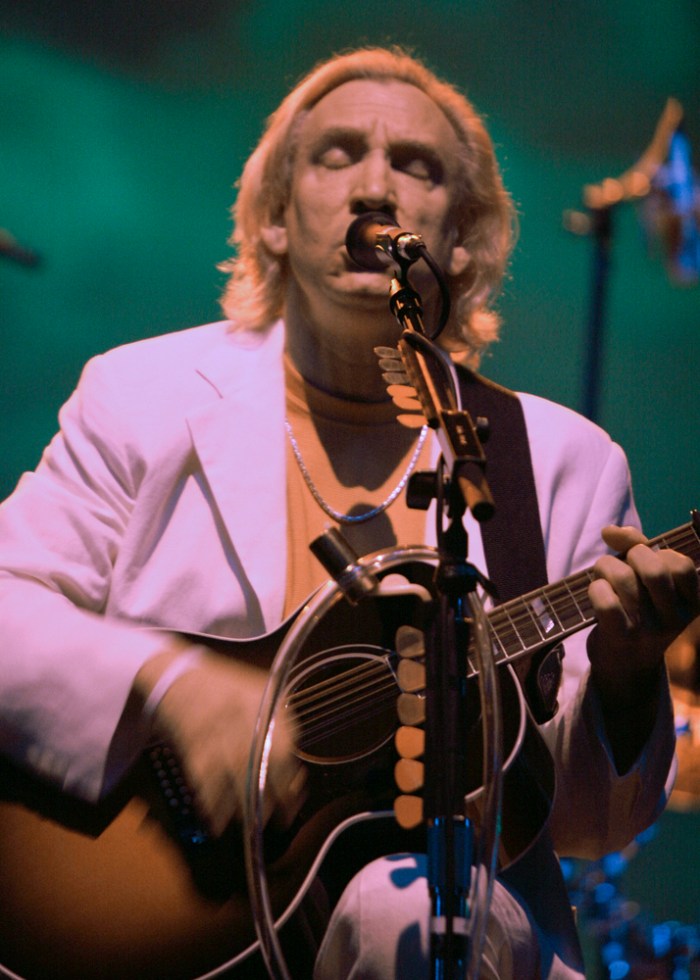 Legendary rock musician Joe Walsh is returning to the show tomorrow for the first time in 11 years. Howard said he’s really excited because he loves Joe. It seems that Joe had a falling out with the show a decade ago and hasn’t been back since but Howard and Gary explained that they didn’t really do anything. The falling out occurred after Joe performed Don Henley’s song “Desperado” on the Howard’s Channel 9 TV show.

Apparently he regretted doing this and tried to call Gary to ask him not to air the footage but it was too late for Gary to be able to do anything about it. Howard played the voice mail Joe left for Gary after the incident telling him he’d never go on the show again and wishing Gary good luck in his new career as a shoe shiner and then told him to never talk to Joe again effective. Artie said that when he worked at MadTV Joe was on and Artie told him how much he loved it when he went on Howard’s show. Artie said Joe just dropped his head and said how much he loved Howard.

Gary said one his favorite memories of Joe and the show was when Joe agreed to perform on Howard’s pilot for FOX TV years ago. Joe showed up for a 10am rehearsal and did great, but the taping of the actual show wasn’t until 4pm. Gary said that about every hour after the rehearsal Walsh would ask him to go out and get him some sort of booze. Gary said he was constantly asking for vodka and orange juice, wine or just about any other kind of alcohol. By the time the taping of the show came around Joe was passed out asleep behind Howard’s couch.