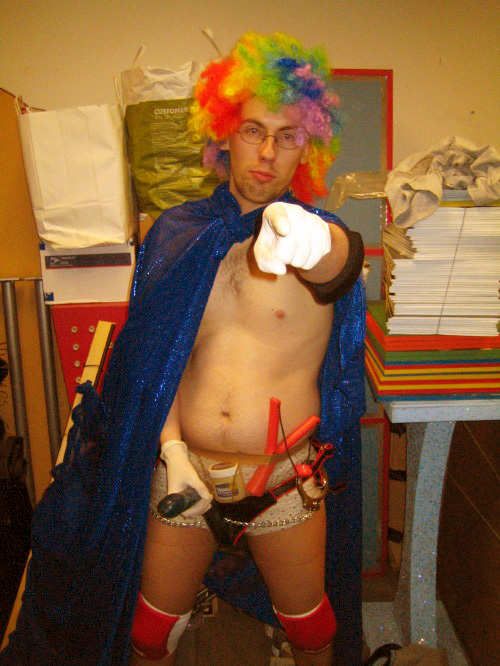 Richard told Howard that the filming of “Super Twink” is starting today, and that Artie and High Pitch Eric have been added to the cast. Howard mentioned that he recently saw the film’s title character, JD Harmeyer, in his “Super Twink” attire (you can too in the Vagina Corner), and that his body is deceptively bulgy. Although JD admitted that he wasn’t as toned as he should be, he told Howard that he wasn’t fat either. However, Artie pointed out that he always sees JD eating fast food, which he believed was playing a big part in his hefty appearance. JD then showed Robin his torso, and she noted that, although it wasn’t that hideous, he could use some work.