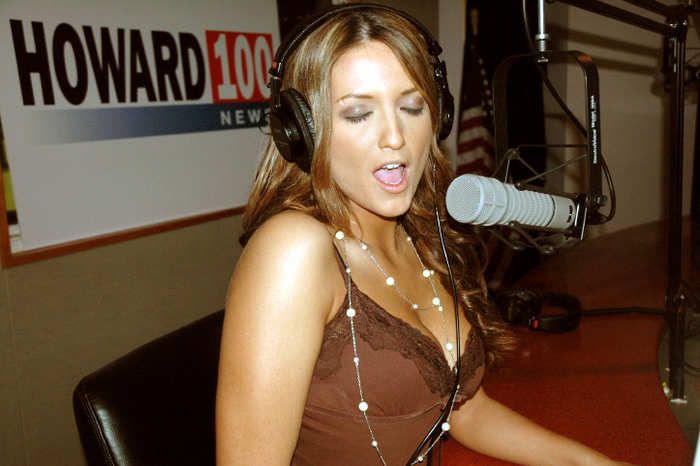 Howard mentioned that he couldn’t sleep early this morning, and since he’s trying to stay away from the Ambien, he decided to eat some Shredded Wheat and soymilk. While he was eating, Howard said that he started looking at this Web site, and immediately got the urge to listen to last night’s broadcast of “Tissue Time with Heidi Cortez.”

Howard noted that he loaded the show into his iPod, and got so turned on during one of Heidi’s stories that he decided to pleasure himself. Because he didn’t want to wake Beth, Howard recalled that he locked himself in his bathroom, stuck the iPod in the waistband of his boxers and then pulled up the bottom of them in order to get to “his junk.”

Despite his privacy, Howard admitted that he was still worried about getting caught in the act, so he kept adjusting the volume of his iPod so he could hear not only Heidi, but also if Beth made any noise outside of the bathroom. Howard went on to say that when he was finished, he felt disgusted with himself, but, at the same time, also proud given that his “Tissue Time” achieved what he wanted it to. Gary then pointed out that there’s no worse feeling than the shame you feel right after pleasuring yourself.