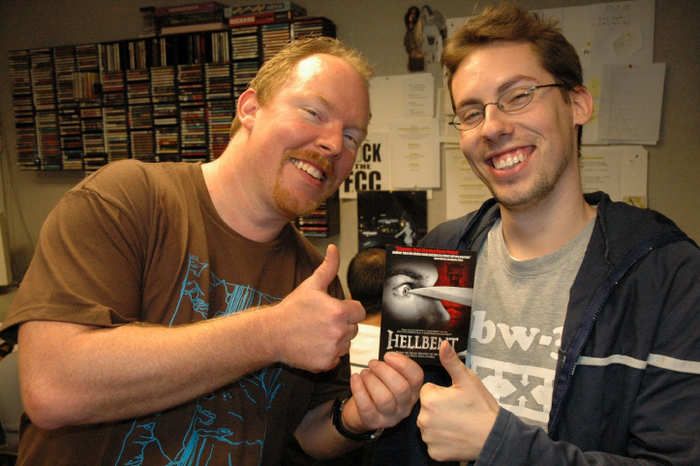 Photo: The Howard Stern Show
Howard also learned through his profile that JD graduated from Full Sail Real World Education, which is a technical college located in Florida. JD informed Howard that he went to school to become a film director, although he acknowledged he has no work to show for it, except for a one-minute movie he made while in school. Richard, who has made four feature-length horror films himself, recalled that he gave JD some of his films to watch, but that JD responded he couldn’t sit through them. JD said that he has a video camera, but that he doesn’t have access to the necessary editing equipment to make a film. He went on to say that he doesn’t even have any ideas for a story anyway.
Previous Show Next Show