THE INTRODUCTION OF "SUPER TWINK" 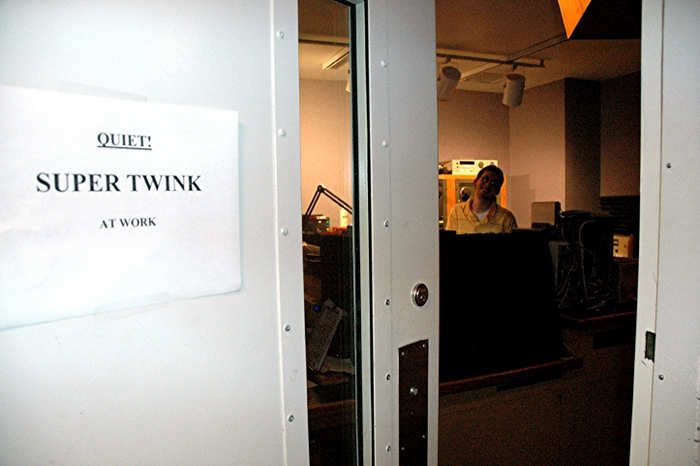 Photo: The Howard Stern Show
When Richard asked JD if he was still a virgin 20 years from now, he would consider doing a guy. JD responded that he wouldn’t. However, Richard revealed that if he was gay he would go after someone like JD, who he considered to be a “twink.” Richard went on to explain that a “twink” is known in the gay community as a man who is small and who can easily be overpowered. Richard noted that he was only familiar with the term because of a gay superhero porno, “Super Twink,” which he claimed JD introduced him to. JD pointed out that he had been waiting for weeks for Richard to bring that up and explained that he had the movie merely because he needed to pull audio from it. Ralph called in to call JD a loser, and to advise him to just get out and meet people instead of relying on the Internet. Howard demanded that during the weekend JD come up with a script that featured him as “Super Twink,” Ralph as his arch enemy and Richard as his love interest. Howard said that the script could eventually be made into a movie, and then shown on iNDEMAND. Howard warned JD that he would be checking in with him next week to find out how his writing was coming.
Previous Show Next Show