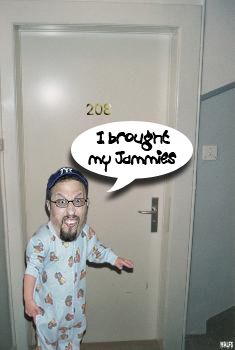 Howard noted that he has been thinking about having all the guys from the show over to his apartment for dinner one night, but that he isn’t sure he wants Sal there. Howard commented that he recently watched a program about Mark David Chapman, the man who killed John Lennon, and that he has noticed that Sal has some of the same characteristics toward him that Mark had toward John.

Sal admitted that he couldn’t sleep last night because he was thinking about Howard taking Richard to dinner without him, but promised that he would be on his best behavior if he ever got to go inside Howard’s apartment. When Gary wondered if Howard would actually move the party to a different site just to avoid having Sal in his apartment, Howard replied that he wouldn’t go that far, and that he simply wouldn’t invite Sal in the first place.