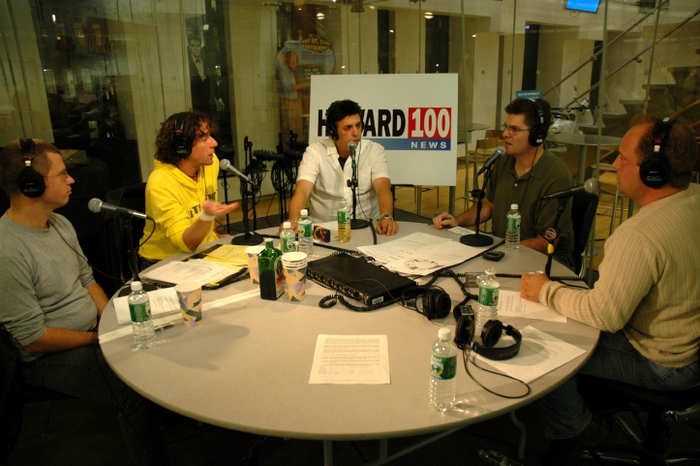 Howard opened the show admitting that he got mad at Gary and Artie Friday night after listening to “The Super Fan Roundtable” on SIRIUS.

Howard explained that one of the topics of discussion amongst the super fans was why neither Gary nor Artie informed him about the offers they received for their own radio programs after the show moved to satellite. Gary responded that he never brought it up to Howard because he didn’t think about accepting the offer for a second, so it didn’t seem important to him.

Artie then commented that he agonized whether or not to tell Howard, but that he decided to keep the news quiet so that no one would get in trouble. Artie went on to say that he knew Howard would’ve had a difficult time recommending that he turn down the salary they were offering him, so he didn’t want to make him feel guilty about that either.

The Cost of Loyalty

Gary pointed out that the panelists on the “The Super Fan Roundtable” always get information wrong and that he wants to be a guest on the program just so he can correct the things that are said. After Howard announced that the mistakes are part of what makes “The Roundtable” so good, Gary said that he was bothered by something he heard during Friday’s broadcast. Gary noted that the panelists didn’t think Robin or Fred were asked to replace Howard because Infinity execs knew they’d say no, which he believed was a shot at his loyalty to the show. This led Howard to recall that another topic on “The Roundtable” was just how much Gary and Artie were offered by Infinity.

While Gary replied that discussions with him never got far enough to include money, Artie revealed that a number in the millions was hinted at. Artie added that the deal was supposed to be for five years, and that he didn’t know how the proposed money would be divided over that period. Artie said that, while he never seriously thought about accepting the Infinity offer, his manager did ask him if he’d feel comfortable using the Infinity offer as a bargaining tool to get a better deal at SIRIUS.

Artie acknowledged that he deliberated taking his manager’s advice, but ultimately decided against it out of fear that it would’ve complicated his relationship with Howard. Artie also noted that his friends suggested he inform Howard about the offer right away, but that he never did. Given this, Robin wondered what made Artie finally decide to bring it up, and he responded that it was because he felt it’d make for good radio at that particular moment. Howard noted that he could relate to that line of thinking, and added that there have been times he has sworn he wouldn’t bring up things on the air, but that he ends up getting caught in the moment and revealing the information.