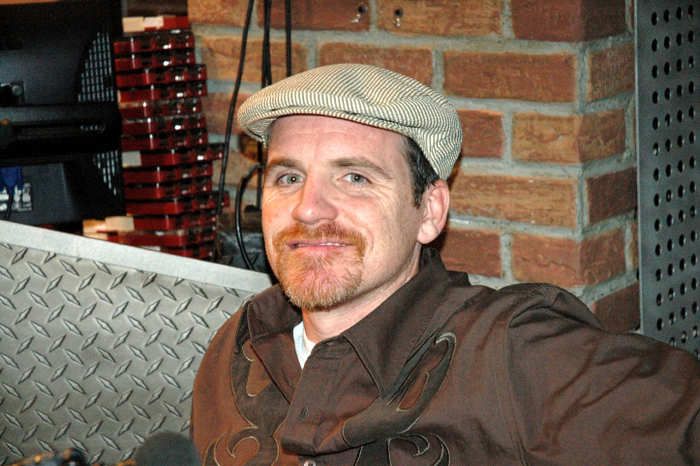 Comedian, Greg Fitzsimmons, sat in on the news this morning, marking the 25th time he had appeared on the show. Howard revealed that Greg is in negotiations to host the next Adult Video News Awards.

Giving It a Whirl

Greg talked about his decision as a college student to experiment with homosexuality. Because he had grown up in an Irish Catholic household where he was instructed that being gay was wrong, Greg said he wanted to give it a shot as a form of rebellion. Ready to act on his plan, Greg got drunk one night and stumbled to the part of Boston, that was known as the city’s gay hangout. Greg explained that the area was actually nothing more than a little forest where gay guys went to have sex.

As soon as he arrived, Greg remembered a guy jumped out from behind a tree and exposed himself. Since Greg wasn’t sure if he’d like having sex with a man in the first place, he took it as a sign he wasn’t cut out for the homosexual lifestyle when he was repulsed by the guy’s package. Before he left, Greg pushed the man, who fell and then darted off into the woods. Robin commented that rendition, where the guy got up after Greg knocked him over, was the way Greg wished the story had ended. However, she felt the Boston Police Department may have just solved a case. In an effort to help Greg be sure the gay life was not one for him, Richard Christy offered to expose himself for Greg. Despite Greg’s request that he not, Richard once again dropped his pants in the studio.