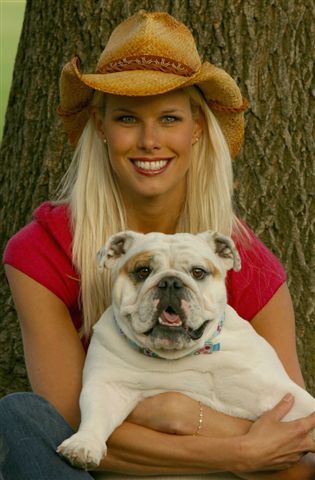 A caller told Howard that he saw pictures of Beth and Bianca that were taken last night at an animal-benefit event, and that they looked great in their matching outfits.

Howard noted that Beth and Bianca were both wearing purple Nicole Miller dresses for the party and that he took pictures of them for the Website, but that he received an error message when he tried to send them in.

Howard added that Bianca has gotten “so fat” that he was worried she wouldn’t fit into her dress, but Beth was able to squeeze her into it.

Robin Quivers Gets in on the Back Door Conversation