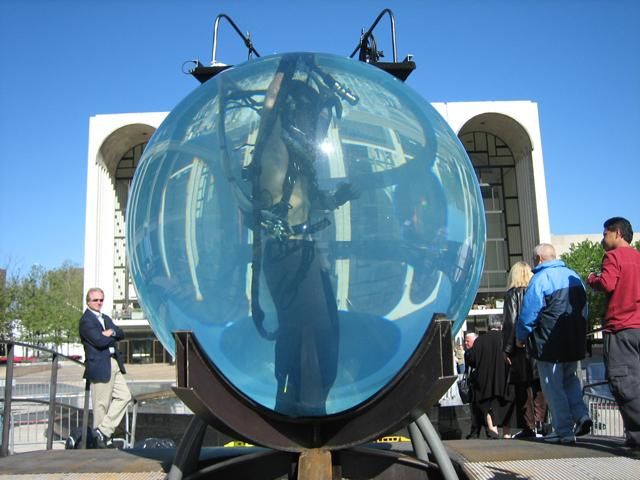 Artie commented the game ended at 8:30 p.m., and by the time he drove Jason home and showered, he didn’t get to bed until 11 p.m. Although Artie claimed he wasn’t tired this morning despite his late bedtime, Howard said he wasn’t in the same situation. Howard explained he stayed up last night to watch the David Blaine special, which he noted was a disappointment. Howard reported David held his breath underwater for seven minutes – two fewer minutes than he had set out to do – but he felt even that was a trick, given David’s profession as a magician. Fred replied the major trick in David’s performance was his ability to “suck everyone into thinking it was real.” Howard then played a clip of a crying David after he was removed from the tank, in which he thanked the people of New York for supporting him during his week of preparation in an outdoor aquarium in front of Lincoln Center.