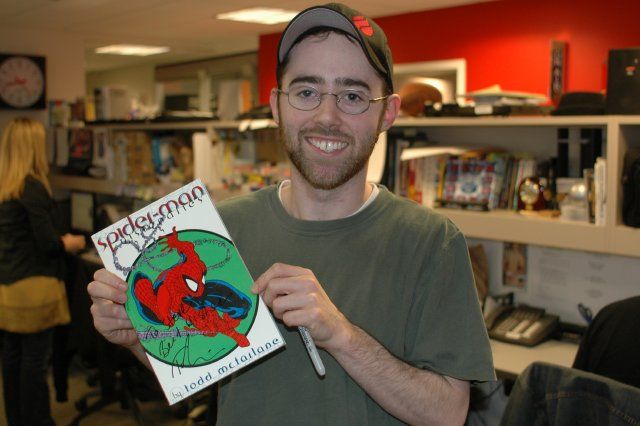 Howard read a list of women Tobey may have allegedly been with sexually – including Kirsten Dunst, Demi Moore, Nicole Richie and Christina Aguilera – but Tobey said he was “neither confirming nor denying” any of the names.

Robin then asked Tobey how he got his start in acting, and he told her it was because his mom encouraged him to get into acting. Howard proceeded to recall how Tobey was thinking about leaving the “Spider-Man” franchise years ago, but Tobey noted that, because of back problems he was having at the time, he wasn’t sure if he’d be healthy enough to be in it. Given this, Howard pointed out he felt Jake Gyllenhaal was trying to live Tobey’s life – both because he wanted to be Spider-Man and even dated Kirsten Dunst – but Tobey denied that was the case.

Howard, who’d seen an advanced screening of “Spider-Man 3,” next told Tobey he enjoyed it so much because of both the special effects and the storyline. Howard then took some calls for Tobey, including one from Ralph, who wanted to know why Kirsten didn’t have her teeth straightened, a question that made Tobey laugh and say, “Shit.” Other callers asked Tobey if he considered himself an A-list celebrity, which he responded he did, and if he’d ever had sex in his Spider-Man costume, but he said he hadn’t because the suit was a one-piece.

Tobey proceeded to acknowledge he hoped to be able to watch “Spider-Man 3” in a movie theater with a regular audience during its opening weekend, explaining he felt viewing the film with people who paid to see it was the most fun part of making such a movie.

Howard then let “the Geek Squad,” Jason Kaplan and Steve the Intern, into the studio to say hello to Tobey. After Jason told Tobey that he liked him in both “Spider-Man” and “Wonder Boys,” Steve said the same thing, and asked him if he’d sign a Spider-Man comic book for him, which Tobey said he’d do.