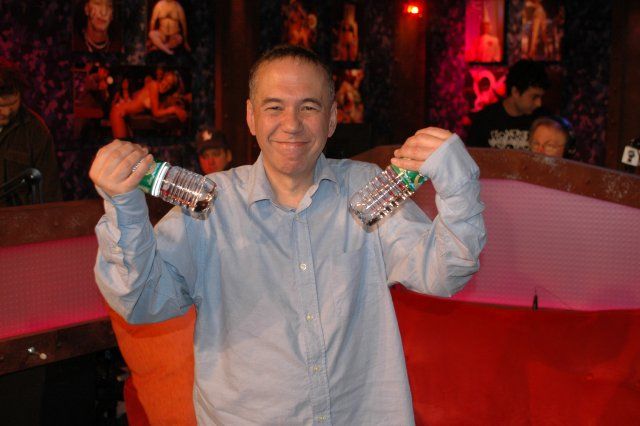 However, Gilbert responded his wife wasn’t as open sexually as Heather, and went on to say his wedding was a small affair with just a few guests. Howard then pointed out no one from the media covered his wedding, and Gilbert acknowledged he was never a press favorite, joking he’d even been cropped out of pictures taken at various events before they were published.

Howard asked Gilbert if he’d ever do a reality show based on his marriage, and he claimed he’d been receiving offers for such a program, but that he wasn’t sure if he’d do it. Gilbert then said he and his wife didn’t have a reception after their wedding, and that their “honeymoon” was him inviting her to visit him in San Francisco when he was scheduled to perform there.

When Howard next brought up that Gilbert’s wife was pregnant, Gilbert revealed they were expecting a girl.

Howard then played a number of prank calls Richard and Sal made using Gilbert’s voice, which had Gilbert coughing in the background because he was laughing so hard. Howard proceeded to ask Gilbert what he thought “the height of his celebrity was,” but he didn’t have an answer.