Robin Givens came in to promote her book, "Grace Will Lead Me Home" 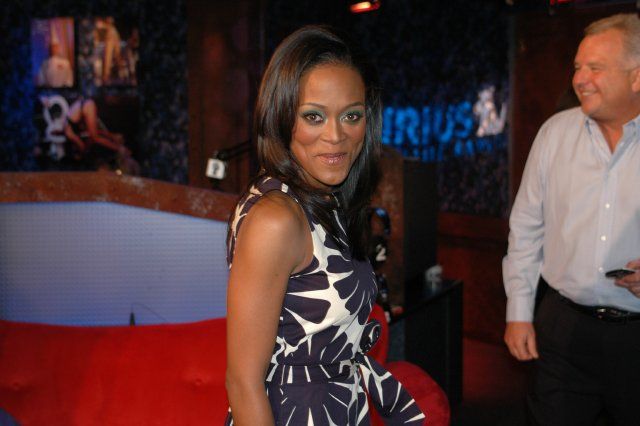 Robin Givens came in to promote her new book, “Grace Will Lead Me Home.” Givens made an orgasmic sound when she heard Howard was engaged to Beth. Givens asked if she could get together with Howard and Beth, as she’s no competition for a blond model. Howard didn’t seem to like the idea though. Givens revealed that she had the best date with Howard when they went out to go see “Gladiator”. Howard said they had a good time, and asked what happened. Givens jokingly replied that Howard woke up and realized she wasn’t blond. Artie said Givens was one of the only reasons to watch “Boomerang”. Howard noted that Eddie Murphy and Givens actually dated in the past, adding that Eddie took her virginity. Givens said she couldn’t talk about that because she was promoting a book. Givens then revealed that Oprah was the one who contacted a publisher for her book. Howard said that, earlier, Robin was speculating that Givens was a little weird for having dated Mike Tyson. Givens said she was talking with Larry King, and he had wanted to know why she dated Tyson as well. Howard said he used to have a lot of feelings for Givens, and said that he also questioned her about dating Tyson. Givens claimed this never happened, and said it was hard for her to be friends with Howard. Howard agreed that it was hard, and Givens pointed out that she was sweating. Givens said that after Howard met Beth, he told Givens that “he’d never be able to live with himself if he didn’t tell her that he met someone”. Robin asked if there was ever any discussion of where their relationship should go. Givens said she came over to Howard’s one day for lunch, and Howard broke the news about Beth to her. Givens claimed she could never keep up with Howard because Howard would want to go running or something random, and she would be busy with (or have to get a sitter for) her kids.