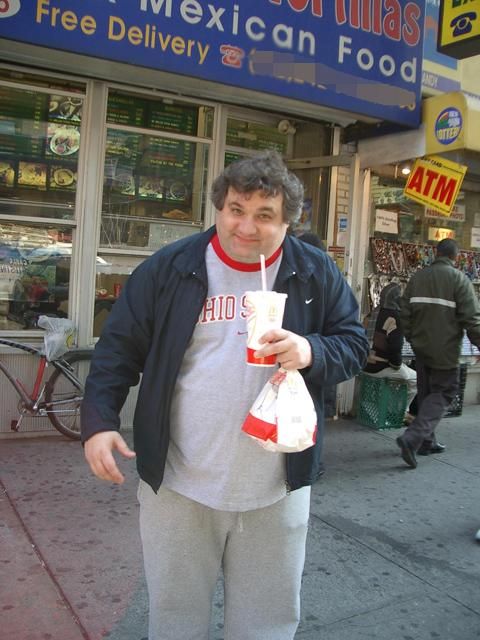 Artie remarked that he had seven Burger King double cheeseburgers over the weekend, so Howard asked for an explanation. On his way to a gig upstate, Artie had a couple double cheeseburgers and two chocolate donuts for dessert. Later, in his hotel, Artie cracked the toilet seat just by sitting on it. Artie then had three double cheeseburgers on the way home from his show, and after the Giants game on Sunday, he had two more (and a shake).