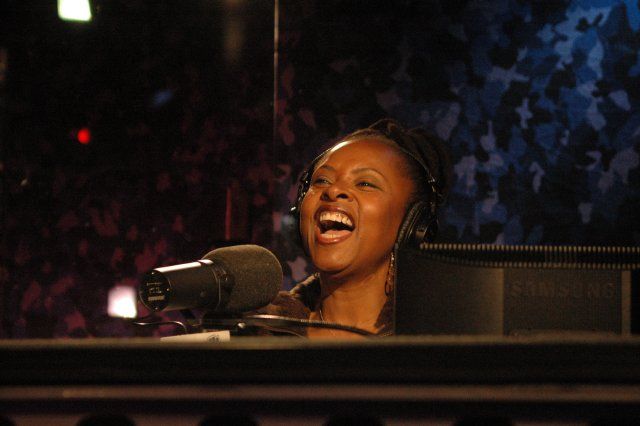 Howard and Robin discussed how their relationship was rough in the beginning – to the point that Howard became unhappy working with Robin. Robin admitted that she was acting out and projecting her depression, as she had yet to confront her troubled childhood. At times, she would become intensely depressed and just wander through Rockefeller Center. Robin said she even had to remove everything in her apartment that she could use to hurt herself. Howard noted that before too long, he had to go to Robin and tell her that their tenuous relationship was making him unhappy, and Robin made an immediate change. Robin said she went to talk with someone about her problems, and the woman gave her “a tool” that helped her cope. Howard then regretted that he never used the conversation to establish a more intimate relationship with her.