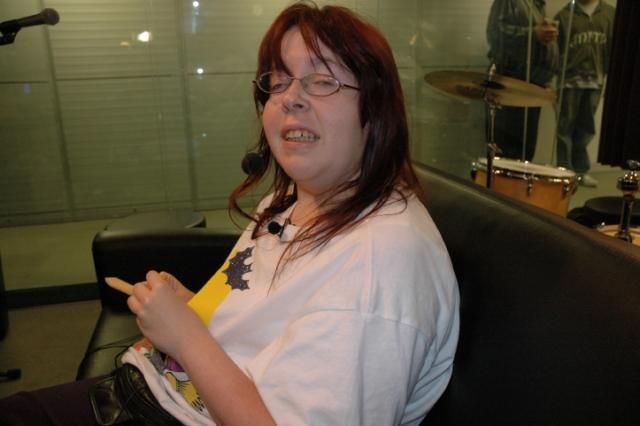 Wendy the Retard called in to say hi for the first time in a while. Howard recognized the “Nightmare in Elm Street” music in the background and asked her how many times she’d seen the movie. Wendy said, “This is about the 200th time.” Howard asked if Wendy’s “condition” kept her from realizing that the horror movies were not real, and Wendy answered with her trademark “Yes!” Wendy explained: “It’s something to do.” Wendy said she also had “some comedy movies and some rated R movies” and liked to fantasize about killing people just like her hero, Freddy Krueger. Howard wondered if Wendy really thought she could enter people’s heads while they slept, and Wendy confirmed that she did – but usually just her mother’s head. Howard asked if Wendy ever watched porn, but she said her mom wouldn’t let her.

Wendy noted that she sometimes gets so scared by her favorite monster movies, she’s afraid to leave the house. Howard asked why Wendy did this to herself, and Wendy explained that she had nothing else to do. Howard then presented Wendy with a horror hero f-marry-kill scenario, and Wendy chose to marry Chuckie, kill Freddy and f Michael Myers.