Artie’s Back in the Saddle Again

Eric the Midget To Do Standup, Visit the Show? 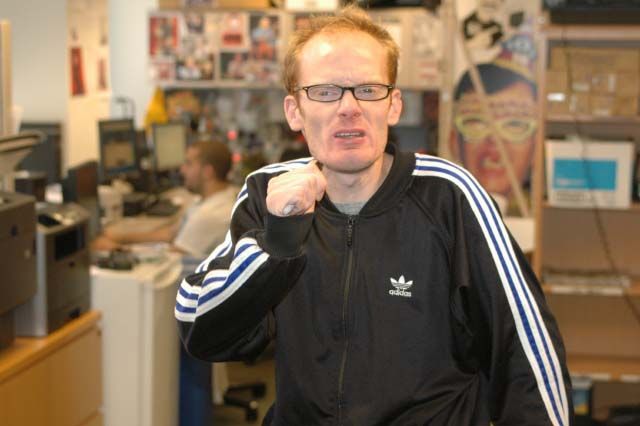 Howard showed Medicated Pete pictures a few of the women who’d written the show saying they’d date him. Pete was shocked by how attractive some of the women were: “I think that’s pretty awesome.”

Howard held up one he thought was a good candidate: “This chick went to jail for Grand Larceny. What do you think?” Pete shrugged: “She’s alright…acceptable.” Howard laughed that Pete was pretty picky for a guy who’d only been laid once – by a prostitute – and showed Pete yet another picture. Pete rubbed his hands together: “I’m pretty impressed.”

While Pete was in-studio, Howard asked if he was well enough to show off his karaoke skills. Pete grabbed a mic and belted out a hilarious version of “Purple Rain” as Howard laughed: “He’s turning purple! Sing it!”

To be fair, Howard tried to prove he was better, but Fred determined that Howard had lost: “I think you had some timing issues. Your vocal was actually pretty good but your timing was off. That threw you.”