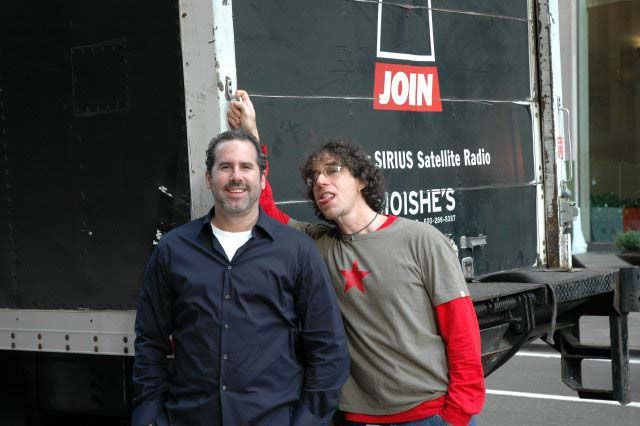 Howard told a story about going to Paradise Island in the Bahamas shortly after his divorce.

Howard said he went with his buddies Ross, Richie, Pat and Ralph–but felt like he was on display at the resort: “You go there and there’s like ten million tourists.”

Howard wanted to leave immediately, so the guy who runs the place put him in the VIP area: “Once he stuck me in the celebrity area I was happy.”

After Howard was moved to the private island, a fellow guest offered to host Howard’s party on his yacht: “So I said to [an intermediary], ‘Do I have to talk to the guy?'”

Howard said he and the boys took the yacht out and had a blast, enjoying the yachts amenities (including both an on-board chef and bartender) and playing Beck’s ‘Odelay’ over the yacht’s killer sound system: “It sounded so good.”