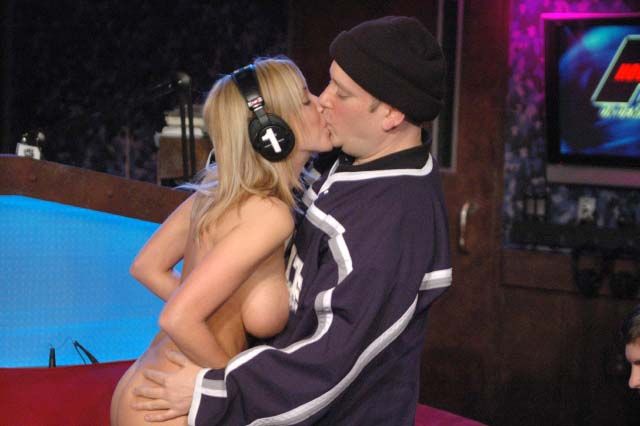 Howard noticed that Benjy was covered in sweat this morning, which Benjy explained was because he’d ridden his bike to work.

Benjy was so overheated, he’d removed his usual black knit-cap, giving Howard a glimpse of his rapidly-receding hairline: “What’s going on with your hair? It’s really going, huh? Party over.”

Benjy nodded: “I’m bummed. I love your hair. I look at it all the time.”

Benjy said he had hope for advancements in hair-regrowth technology: “They’re so close to being able to clone it.”

Howard thought it sounded like a good investment: “Whoever invents that will be the wealthiest man in the world.”

Asked to comment on his relationship, Benjy was vague: “We’ve broken up but we’re also in the process of breaking up.”

Howard thought Benjy had made the wrong decision, but Benjy doubted he’d ever be able to make the ‘right’ one: “I don’t know that I’ll ever want to be exclusive…I do want to be married. I do want that.”

Kirstie Alley Doesn’t Get It