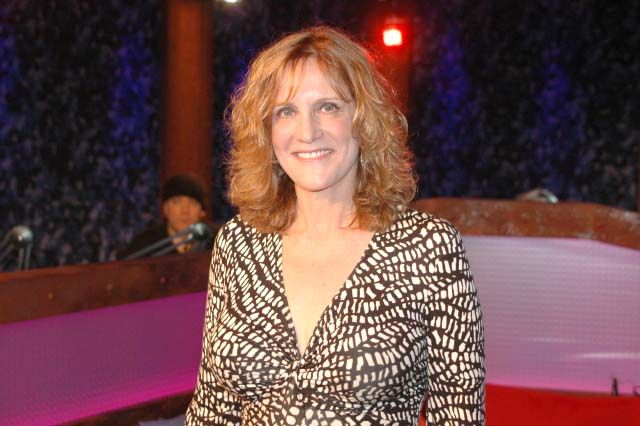 Carol Leifer stopped by to promote her new book, “When You Lie About Your Age, The Terrorists Win!” and Howard introduced her as having “the biggest boobs in comedy.”

Carol Leifer Is No Apprentice

Carol said she was embarrassed to be this season’s first “Celebrity Apprentice” castoff. “I was a fan of the show. I would watch it and think, ‘I could be really good at this.’ I have a lot of skills,” she said.

Carol blamed her downfall on fellow cast member Holly Robinson Peete and the “uncreative” first task of running a diner.

But She Makes a Damned Good Lesbian

Carol told the crew she turned gay after seeing the movie “Bound”: “I said, ‘I have to have sex with a woman immediately,” she recalled. “[It] consumed me.”

The affair that followed lasted much longer than she had anticipated: “I thought it would be my lesbian fling. I didn’t think I would fall madly in love with her and pussy…pussy’s pretty good. I see what all the rage is about.”