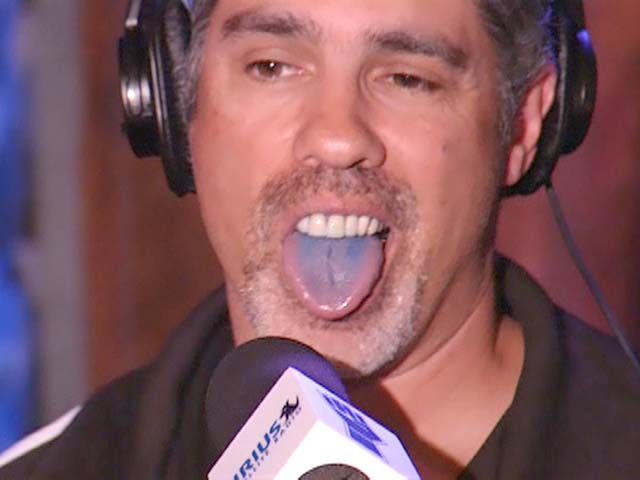 Howard said that he had a report that his producer, Gary Dell?Abate, had eaten a blue cupcake this morning and that he had blue icing all over his beard.

By the time this picture was taken, Gary had cleaned his beard, but the evidence was still on his tongue.